How to avoid a rebranding mistake: five examples 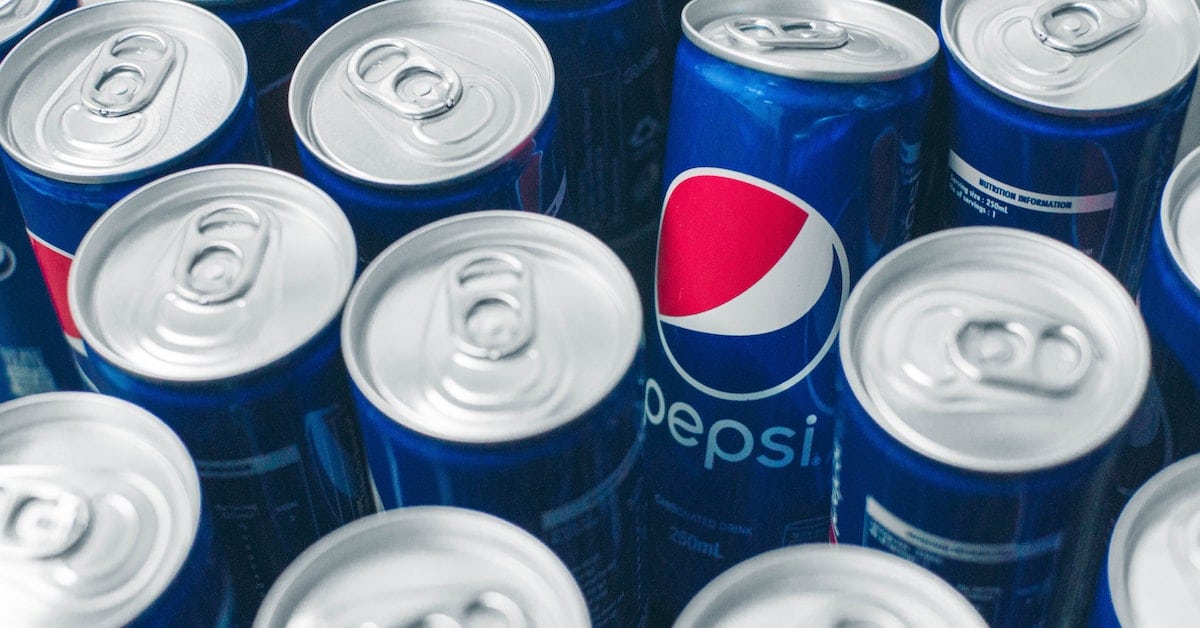 In 2008, Pepsi spent over $1 billion on a rebrand, including $1 million for a logo, that the world agreed looked unprofessional and unspectacular—and failed to define it as a stronger competitor to Coke. Rebranding can be a huge opportunity for brands to revitalize flagging sales or venture into new markets, but are a significant investment of both time and money—making it a costly mistake if not done right.

We’ve seen nearly every kind of rebranding mistake at Main & Rose. Here are what we see most often—and how to avoid them to help your brand thrive.

1. JUMPING ON THE TREND BANDWAGON

In a digital age, change happens quickly and frequently, and brands can feel under pressure to stay in touch with what’s trending. It’s natural to want to keep your company from being outdated or overlooked, but what’s popular in one moment doesn’t necessarily have staying power. Pizza Hut, which has done numerous rebranding attempts, took a brief stab at debuting a new, “cooler” chain in 2009.

Then, Grubhub and other delivery apps were upheaving the fast food game, broadening market reach—and market competition. Pizza Hut saw it as an opportunity to reach new audiences, notably, younger ones. In an ill-fated attempt to appeal to a text-savvy generation, it planned to truncate “Pizza Hut” to just “The Hut,” beginning to roll out the name on various marketing and packaging material. The rationale was that it would better appeal to a youth market that spent its time texting in shorthand. Cue internet criticism, Pizza Hut scrapping the change and executives denying the name change was ever serious.

How to avoid this rebranding mistake: As with all branding decisions, make sure that what you’re doing makes sense for your own unique brand. If you see a trend as an opportunity to change something that isn’t working, consider what changes should be made that will actually drive growth. Renaming might not be a major focus of concern. Look at other areas that matter more to consumers—the product, the service, the relationships—instead of trying to dazzle them with a new moniker.

Take a page from pizza rival Domino’s instead: when customers complained of pizza that tasted like cardboard and business stalled, the brand admitted that the pizza did, in fact, taste like cardboard, and committed itself to remedying the problem. The response was a 60-times increase in share price, customers returning and a company worth $9 billion.

Wanting to rebrand is not a case for rebranding.

Look at Gap’s $100 million rebranding fiasco in 2010. For around 20 years, the fashion behemoth had stuck with the same logo—and for good reason. It was iconic and easily recognizable, putting it on the stage of other major sartorial players. There was no apparent reason for it to need to rebrand—so it came as a surprise, when, over Christmas in 2010, Gap released a new look that drew immediate criticism. From the tall, thin white serif font in a navy box to black Helvetica with a gradient blue box in the corner, the new logo was a sharp departure from what had made the brand stand out. After public outcry—including Twitter accounts with tens of thousands of followers created just to mock the new artwork—Gap reverted to its original branding within seven days.

How to avoid this rebranding mistake: Analyze why you want to rebrand, beginning with a thorough brand analysis. Are sales faltering? Does your image no longer fit your brand purpose and mission? If there’s no impetus behind rebranding, it could do more harm than good.

And don’t forget about your audience. Now more than ever, developing those genuine relationships with your followers is critical to building a long-lasting brand. If you’re thinking of making a massive change, invite them into the discussion. Test the waters, so that when a bigger switch comes, they’re prepared and receptive.

Maybe you want to bring the spotlight back to your brand without making a major change that will impact your recognizability. Pepsi’s 2008 logo redesign flop serves as a blueprint for how not to approach a subtle update.

In 2008, Pepsi faced falling sales as consumers began to decrease soda consumption and as the bottled beverage industry grew increasingly more competitive. In the first nine months of 2008, Pepsi’s sales declined 6.6 percent. Enter: a refreshed look. A twist on the original blue-white-and-red circular icon, the new logo was meant to evoke a smile (along with making nods to the Mona Lisa and earth’s magnetic fields). But the change wasn’t that apparent for the $1.2 billion spent, nor did its rationale immediately resonate with its target audience. If anything, it looked like an imitation of the Obama campaign “O” icon, not a groundbreaking new design to drive new traffic.

To fully appreciate the $1 million logo required an in-depth discussion of the idea behind it. The average consumer doesn’t have time for that. They encounter between 6,000 to 10,000 ads every single day. You need something that captures their attention instantly, and if you’re hoping your rebrand is going to be a showstopper, then it can’t be something as easily missed.

How to avoid this rebranding mistake: Hesitancy to make any major changes could reflect a lack of trust towards your audience. Get to know them better through social listening. Spend time on social channels, learning what is driving former consumers away and what’s attracting new ones. Discover what matters to them about your product, and develop a rebranding strategy using data-driven insights.

On the other hand, unleashing too much creativity can overshoot your target.

In 2008, Tropicana decided to invest $35 million in a rebrand, hoping to update packaging that had served the brand for decades. Instead of its infamous orange with a straw sticking out and “Tropicana” scrawled in eye-catching font, the new carton featured a glass of orange juice, and the name “Tropicana” in diminutive font written on the side. Many people didn’t recognize the new packaging, and others complained that it looked generic. It also prioritized aesthetics over functionality. The glass of orange juice appeared on two sides of the packaging—in theory, visually dynamic, but in practice on a shelf, or even in a crowded fridge at home, not noticeable.

They lost 20% of sales for the first two months, and they switched back to the old packaging soon after.

How to avoid this rebranding mistake: Sometimes a massive rebrand can be a great tool, but don’t lose sight of what consumers love about the brand. Tropicana fans were passionate about the old-school style orange on the original packaging, and they liked what was familiar.

And when it comes to design, think beyond the thrill of generating a refreshed look, and consider its practicality. If you sell physical products, consider how a new logo would work in-store or at home—practically, does it make sense?

5. LOSING THE HEART OF YOUR STORY

Ultimately, brands are stories. Your role is to tell it as powerfully and engagingly as possible, to entrance your audience and encourage them to become part of it. When you rebrand, you’re drawing attention back to the original story, not creating a new one.

Since it reimagined entertainment at home, Netflix has been a major player in streaming, but it’s still had its blunders. In 2011, Netflix CEO Reed Hastings announced that the company would be split into two products: Netflix, the online streaming service, and Qwikster, the DVD-by-mail subscription.

Consumers would have to navigate to two different websites, where they would have two separate fees, without any of their preferences, likes or watching habits shared between the brands.

Netflix’s mission emphasizes sharing stories, and it created a convenient way to discover them. Splitting the brands not only made it more confusing—the name “Qwikster,” for one, has almost no connection back to Netflix—but also eroded the trust consumers had with Netflix: easy, accessible entertainment-on-demand.

As with other bad branding strategies, the fallout was immediate, and Qwikster was soon squashed.

What brands can do instead: If branding doesn’t sound easy, it’s not supposed to—good branding is an art that can take months of collaboration, trial and error, and revision to perfect. Before approaching any rebrand, it’s essential to craft a thorough brand analysis, looking at the values, vision, and mission that has allowed your brand to thrive thus far. If convenience is part of what consumers expect from you, don’t complicate service offerings. If you’re offering access to services customized to an individual’s desires, don’t then make it more difficult for consumers to share their preferences.

If you lose sight of what led you to start your brand in the first place, consumers will, too.

Beth Doane is the co-founder and managing partner of Main & Rose, an award-winning global branding agency that advises some of the worlds largest corporations, CEOs and governments. Inc. Magazine named her one of the top branding experts globally, and she sits on several boards, including the Pacific Council for International Policy and the Forbes Council For Young Entrepreneurs. She is an advisor to the United Nations Universal Declaration of Human Rights Project, contributes to media outlets including the Huffington Post, and has also spoken at Harvard, MIT, Toyota, Google and more.