Pitfalls in the naming process

When it comes to the brand naming process, we usually only see the final result: the new name. At that point, it’s easy to pick out flaws. The name might be hard to pronounce, offensive, or too similar to a competitor’s brand. But what about mistakes along the way? The “bad” brand names we encounter every day are often born of flawed naming processes. The list below presents nine common pitfalls in the naming process, with tips on how to avoid each.

No brief or a brief that’s too loose

In 1969, Mick Jagger wrote a letter to Andy Warhol, offering him some guidance on creating “the art-work for our new hits album.” Rather than explaining what he wanted the cover art to look like, Jagger simply told Warhol, “I leave it in your capable hands to do whatever you want.” 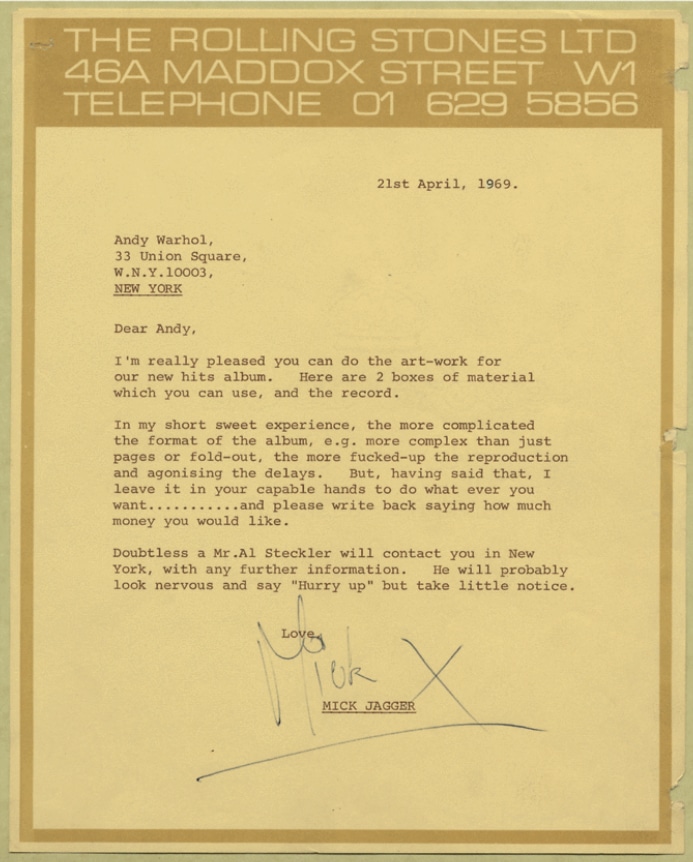 Confoundingly, many online commentators reference this letter as one of the greatest creative briefs of all time. With all due respect to The Stones, it’s a terrible brief. The point of a creative brief is to provide constraints within which creativity can flourish. The naming brief is no different. It needn’t be a formal document, but it should contain some background information and guidance—some way for those generating name ideas to know whether they’re on the right track.

A hyper-specific or overcomplicated brief

On the other hand, the brief shouldn’t overly constrain name generation. I once received an assignment with instructions along the lines of, “The name must be an easy-to-pronounce, real English word. It must begin with a ‘z’ or ‘v’ and be fewer than five letters long.” No need to get creative at that point—just visit a site like OneLook and enter the query, “v???” to see every four-letter word beginning with “v.” Continue in that vein, and you’ll have your master list in no time.

The brief should inspire and tap into a namer’s creativity, not stifle it. By providing details like the audience, ideas to convey, feelings to evoke, or what (if anything) is out of bounds, the brief should present a puzzle for the namer to solve—not just a list of boxes the new name must check. (For more on what to include in a naming brief, click here.)

The single biggest thing that goes wrong [in the naming process] is that somebody in the company … is not brought into the process early, even though they have veto power over the name.”
Clive Chafer

A few years back, I was sitting outside on the campus of a major entertainment company, waiting to present name ideas for a new app they’d been developing. I’d traveled to Southern California with my boss, who’d gone inside ahead of me to give our client’s manager a quick progress update. My phone buzzed with a text: “He doesn’t agree with the brief.”

After weeks of name generation against a brief we’d been told was greenlit, it sounded like we’d been barking up the wrong tree. Lesson learned: it’s critical to ensure anyone with decision-making or veto power reviews and approves the brief before naming begins. Similarly, anyone involved in selecting or approving names should attend naming presentations so that they’re immersed in the process and understand the context around each name idea. Don’t send name ideas in an email. Don’t forward PowerPoint decks to people who didn’t attend the meeting. Don’t let someone else present your name ideas unless you’re confident they’ll do them justice.

Relying on crowdsourcing or a naming contest

Boaty McBoatface. Mister Splashy Pants. The Harry Baals Government Center. If these real-life results from public naming contests aren’t enough to scare you off, consider the fact that naming contests typically suffer from minimal structure, a lack of direction at the outset, and namers without experience or expertise. Crowdsourcing ideas—whether in a contest format or not—can also lead to just one entrant feeling validated; everyone else involved may feel slighted when their brilliant idea isn’t chosen. That said, taking a “more the merrier” approach during name generation can pay off, as long as it’s within the guardrails of a structured naming process.

Skipping or glossing over legal/linguistic screening

You’ve probably heard the statistics on trademarks: As of the fourth quarter of 2019, the United States Patent and Trademark Office reports over 2.5 million active registrations on the federal register and almost 400,000 new registrations per year—and the numbers go up every year. Many of your initial ideas will be ruled out due to potential conflicts.

Preliminary trademark screening and linguistic disaster checks can help protect against worst-case scenarios. Don’t rely on cursory web searches and multilingual friends to get you through these steps—seek out professional help.

Falling in love too soon

Trademark and linguistic checks won’t catch everything, though—they’re purposely designed to remove obvious problems early in the process. A final, shorter list of name candidates should undergo a more rigorous legal search (and, sometimes, a more in-depth linguistic check) before the final name is selected. Because a handful of names can (and will) fail to survive deeper scrunity, avoid “falling in love” with any names before the lawyers have deemed them relatively safe to use.

Insisting on consensus and outside approval

Think of all the brand names that never would’ve survived had they required a conference room full of executives to say “yes.” Google. Gap. Back to the Future. As the cliché goes, if everyone has to agree on the pizza, you’ll wind up with plain cheese. But great brand names typically stand out, demand attention, generate buzz—even if they’re not for everyone. More Hawaiian than Margherita.

Ask enough people what they think of a name idea, and you’re bound to find some haters. Instead of trying to find a name no one can object to, find a name that a select few can get behind. To avoid this pitfall in the naming process, use the naming brief as a less subjective basis for decision-making, and by all means, don’t call for a vote or ask uninvolved and inexpert people what they think you should do.

Thinking it’ll “jump off the page”

Imagine yourself sitting in a conference room with your cofounders or colleagues, listening to a presentation of name ideas for your new company. The naming brief you approved calls for ideas that speak to simplicity, and you’re seeing dozens of ideas:

These are great brand names (Apple, for example, is often cited as one of the best), but would any necessarily have been the obvious choice? Probably not. If the namers have done their job well and the brief provided clear direction, you may see a lot of similarity in the name ideas. That might leave you feeling overwhelmed, confused, or disappointed—especially if you expected this to be easy. It’s unlikely a single name will rise above the others. And if it does, there’s even less chance it’s the same name your fellow decision-makers will be drawn to.

The final pitfall in the naming process: Not allowing enough time

Have you ever slipped into one of these pitfalls in the naming process? Or encountered other naming pitfalls that I didn’t list above? How did you recover? What did you learn? I’d love to hear your thoughts in the comments below.

Rob Meyerson is a brand consultant, namer, and author of Brand Naming: The Complete Guide to Creating a Name for Your Company, Product, or Service. He also runs Heirloom, an independent brand strategy and identity firm, and hosts the podcast How Brands Are Built.