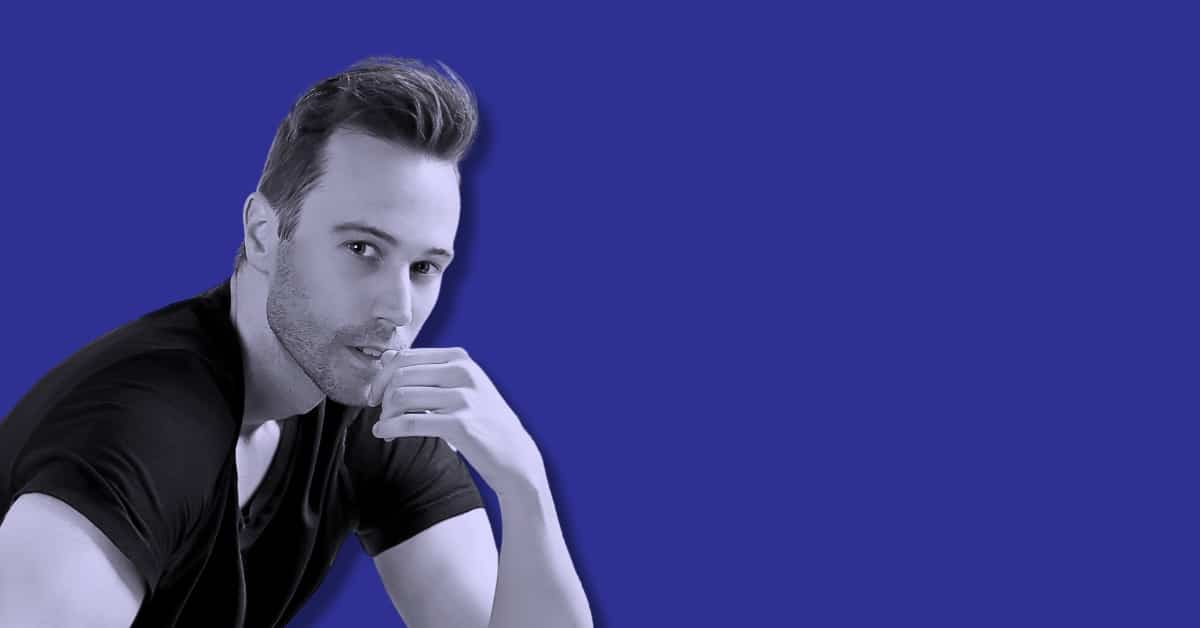 Matt Miksa is a former FBI counterintelligence analyst and the author of the spy thriller 13 Days to Die. Since leaving the U.S. intelligence community, he’s worked in the field of branding and digital marketing for the past decade. Currently, Matt is the Senior Director of Brand Strategy at Razorfish.

Matt and I worked together years ago, so when I saw he’d written a spy thriller, my first thought was, “Well that’s a career change.” Then again, James Patterson worked in advertising before his writing career took off, so it’s not unprecedented. Turns out Matt’s experience in the FBI is the common thread, in that it informs his writing (obviously) and his approach to brand strategy. As he puts it:

Hunting spies isn’t all that different from targeting customers for your business … [Except] in the case of an enemy spy, you ultimately want to convince them to commit treason against their home country; for consumers, you want them to buy your peanut butter.”

I reached out to Matt to learn more about the book, how he thinks about the overlap between writing and branding, and what advice he’d give anyone interested in writing and publishing a book (even if it’s not about spies).

This post is part of a Q&A series featuring interviews with brand strategists, designers, and thought leaders. Click here to view other Q&A posts.

Yes, after graduate school the FBI recruited me to work counterintelligence out of the Chicago Field Office. Essentially, my job was to prevent foreign spies from stealing America’s secrets. After a few years, I left the shady world of intelligence for the even shadier world of marketing. These may seem like totally different careers, but hunting spies (and trying to recruit them for Team USA) isn’t all that different from targeting customers for your business. No really! You have to find them, watch them, study them, learn everything you can about what makes them tick, and then develop a strategy to motivate them to take action. In the case of an enemy spy, you ultimately want to convince them to commit treason against their home country; for consumers, you want them to buy your peanut butter. So, that’s where the two crafts diverge, I suppose.

And now you’ve written a thriller called 13 Days to Die—briefly, what’s it about?

My upcoming spy novel, 13 Days to Die, is about a mysterious virus that emerges from China and threatens to dismantle the world order. So it’s complete fiction. I actually started writing it in 2012 and finished the manuscript years before the COVID-19 pandemic. Over the past year, I’ve watched many of the book’s plot points play out in reality—the uprisings and crackdowns, the rumors of secret bioweapons labs, the international finger-pointing. It’s a bit surreal. As bad as the current pandemic has been, at least it hasn’t thrust America and China into nuclear war. We can save that for the pages of my thriller.

Since this is a branding blog—what’s your book’s point of differentiation?

I worked with so many different types of people and personalities across the U.S. Intelligence Community, but the thing that struck me the most about spies was how normal they were. They complained about Monday mornings, accidentally splattered spaghetti sauce on their pants at lunch, laughed at Jimmy Fallon fart jokes. That didn’t mean they weren’t damn good at their jobs, it just meant they were human too. I wanted my novel’s protagonist to break the Hollywood spy hero mold. He doesn’t speak a bazillion languages and never fires a single shot. That said, he plays to his strengths and gets the job done. And yeah, he still has washboard abs. Because I’m not totally insane.

Do you think of the book or yourself as a “brand”? If so, how would you say you’e positioning the book/yourself?

Like any other industry, the publishing world knows that powerful brands sell, and powerful branding requires consistency. This is why you see so many authors produce a long-running series with the same protagonist. As a professional marketer, I recognize the brilliance of this strategy. Hook the reader on your characters, so they buy book after book. However, this approach isn’t for everyone. My debut novel is a spy thriller, but it’s not the only book I’ve written. I have a completed manuscript sitting in my desk drawer about reincarnation and another that’s a sci-fi tale set 300 years in the future. My branding brain screams, “No! You can’t do this! You need a North Star, a singular Brand Promise!” And yet, as a writer, I can’t really control what kind of art springs forth on the page.

This is why I’ve always admired authors like Ken Follett, who’s published Cold War espionage thrillers and epic historical fiction. Or Michael Crichton, who was as comfortable writing about corporate intrigue as he was about extraterrestrial microorganisms. With enough success, the author eventually becomes the brand and their loyal readers will go along with their genre-bending exploration. For writers, the North Star doesn’t have to be defined by the classification of the stories they tell, but how they tell them in a distinct way. To some degree, this is true for companies too. It’s the reason a brand like Disney can make animated feature films and operate hotels. Two different “genres” of business, but Disney fans know what they’re going to get, and they’re into it.

Now that you’ve written a book, do you have any advice for anyone interested in writing their own or trying to get published (even if it’s not a thriller—something applicable to business books, even)?

There are plenty of articles out there with superb advice on the publishing process, and a few with not-so-great advice. I won’t claim to be an expert in this realm, but to aspiring authors, I will offer some advice. Ask yourself: why do you want to write and publish your book? If the answer is about money or fame, I’d recommend applying your energy elsewhere. Go meme something. You’ll spend hours, days, years (probably), toiling away in a room by yourself before publishing a book. The cost of your time alone, not to mention the crushing self-doubt and general anxiety, would make any reasonable person walk away after Page One. So you’ve got to have a better reason. Is there something you really want—need—to say? What impact do you want your book to make? Literary agents and publishers often talk about “getting a book out into the world.” I’ve always thought this was a beautiful sentiment. The world can be different, even if it’s a slight difference, because you had an idea and wrote it down.

What’s something weird on your desk right now?

For years, I have always kept an hourglass on my desk. A big, dramatic one with a marble base and creepy black sand. It might be cliché, but it’s there to remind me that there’s never enough time to do everything you want to do (or everything that others want you to do). So you have to decide what’s really important. What (or who) is worthy of that next grain of sand? Because when the last one drops…that’s it.